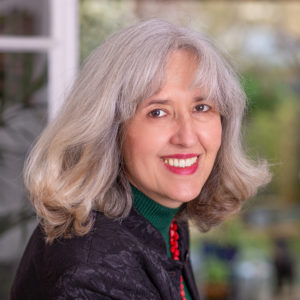 What to do before re-negotiating the contract

Have you ever heard the idea about seeding? In the video I talk with Dr Shirlene Reeves about contracts that we make and how to begin a process for renegotiation within the relationship dynamic.

I like to think about seeding as the “purposeful priming of an idea which you offer to a person with whom we want to engage and form a contract.” It is like planting a seed (idea) in the soil (brain), and then giving it time to germinate and sprout so that when you introduce an idea it will not seem so foreign to the person – if fact they may even think it was their idea in the first place because it has become so well embedded.

Why should you do this? Why can’t you just ask for what you want to change and have the other person involved accept that?

The problem is: When you change the status quo it is perceived by the other party as though

“YOU ARE BREAKING THE CONTRACT WITHOUT THEIR AGREEMENT”

Drs. John and Julie Gottman having researched over 4000 couples tell us that within the first 1O-15 minutes of forming a new relationship a contract is set. These contracts are made outside your awareness. They are formed by your past patterning on what you do in relationships, how you are brought up, how you have been socialised in society, etc.

So why is this a problem?

With all contracts there comes agreements, expectations and entitlements on both sides to which both parties must conform. But when the contracts are not written or made explicit this lays ground for potential conflicts to happen in the future.

Thus, by seeding (priming) a person to an idea of what it is that you want to change you can desensitise potential trigger reactions occurring. You might think of this as manipulation however, to be honest we are all being constantly manipulated, sometimes we are aware of it and most of the time we are not. In his blog article Philip Graves of ‘Consumerology’ shows just how ubiquitous priming is utilised in the advertising world.

But I want to reiterate here, using intentional priming in relationships must always come from a place of love. For me this is about giving absolute grace because you are not seeking overpower or diminish the person; instead you are offering them an idea to which they can become receptive to whilst still giving them the freedom to say NO!

When you understand the nature of the contract you created, you can learn how to change your behaviours so that you can bring greater flexibility in the system. By looking at the end game and seeing the big picture you are in a much better position to understand, support and champion them to your idea. Also, if you have created a pathway that is enticing and relatively easy for them, at least in the beginning, they should follow then new way with you. If not, then either you need to re-evaluate and re-seed or know whether time is up on the relationship.